Ransomware is a major cyber threat to organizations and individuals around the world. Every day, its techniques and potency are improving. In our previous blog post, we talked about recent ransomware trends that are on the rise. In this blog post, we explained the most used MITRE ATT&CK technique used by ransomware in detail.

While a small portion of ransomware are categorized as locker-ransomware, the majority of ransomware are categorized as crypto-ransomware. Crypto-ransomware utilizes encryption algorithms that are practically impossible to break when implemented correctly. According to the MITRE ATT&CK framework, this technique is called T1486 Data Encrypted for Impact, which covers encrypting data on target systems by threat actors to prevent access to the system and network resources. These attacks may be profit-oriented, as in ransomware attacks, or purely destructive in nature. This technique is the most distinctive ATTACK technique used by ransomware.

Numerous ransomware attacks have demonstrated that an organization's ability to operate is significantly impacted when its data is encrypted. Due to the increasing volume and impact of ransomware attacks in 2021, this technique makes a rapid entry to third place in The Red Report 2021 Top Ten MITRE ATTACK Techniques list.

Despite its strong performance and high efficiency, symmetric encryption has two main limitations:

The public key may be left in the victim machine because it is useless for the decryption process. The private key is not required to be stored and can be generated later. Therefore, asymmetric encryption does not share key distribution and management problems of symmetric encryption.

The below table shows the symmetric and asymmetric encryption algorithms used by ransomware threat actors. 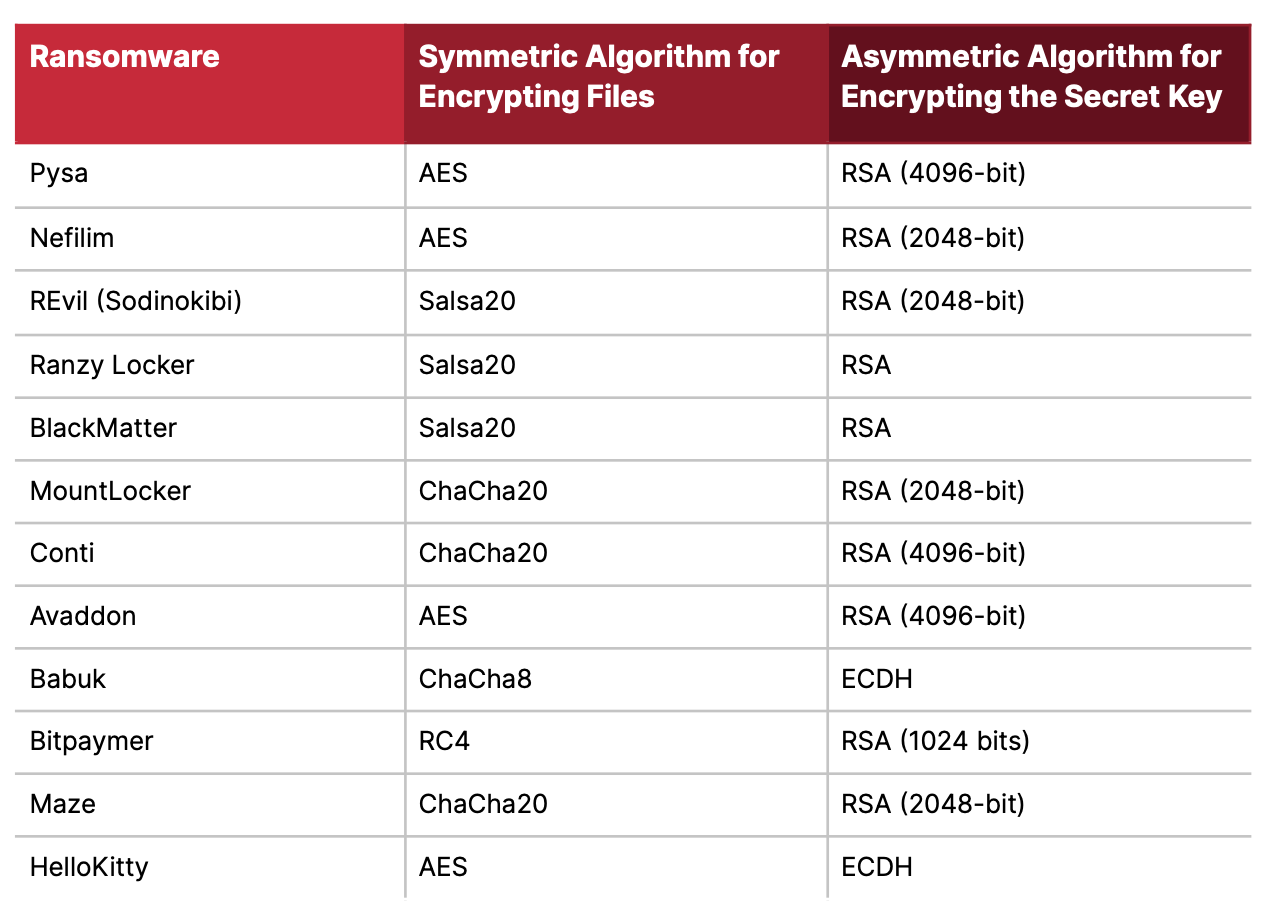 How does ransomware encrypt victim assets?

Purple Academy by Picus has a new learning path about Ransomware. Check out our course on Ransomware Attacks: Basics, TTPs, and Countermeasures Course.