H0lyGh0st is a North Korea-based threat actor group, and they have been actively using and developing malware in the wild since June 2021. Like other ransomware groups, H0lyGh0st is a cyber extortion group with financial motives and objectives. In September 2021, they launched successful attacks on many small-to-midsize industries like banks, manufacturers, schools, and event and meeting planning organizations worldwide [1]. Even though H0lyGh0st is not a new threat actor, the group started using a new, improved, and more persistent variant in April 2022. This blog explained what the H0lyGh0st group has improved regarding its TTPs (Tactics, Techniques, and Procedures).

Picus Labs added attack simulations for H0lyGh0st ransomware attacks to the Picus Threat Library, and you can test your security controls against H0lyGh0st attacks.

The H0lyGh0st is a North Korea-based cyber extortion threat group known for developing malware payloads and performing ransomware attacks since June 2021. The ransomware group is also known as HolyGhost and DEV-0530. In September 2021, they launched many successful attacks. Victim statistics show that they mainly target small-to-midsize industries like financial services, manufacturing, education, and entertainment organizations with weak security infrastructures [1]. 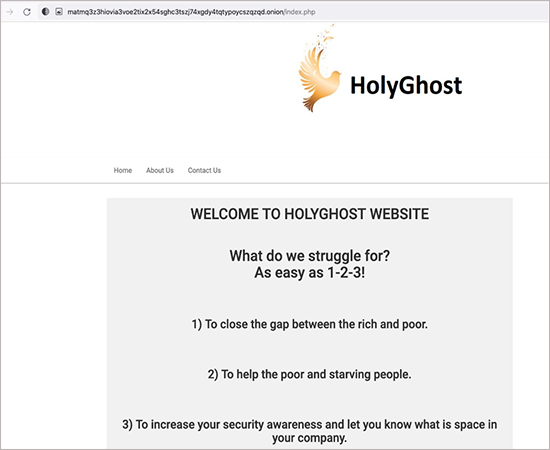 The group hosts a .onion web page to maintain communication with their victims. On their homepage, they rationalize their cyberattacks and malicious actions by claiming to be "Robin Hood" however, the H0lyGh0st ransomware group does not target large organizations with robust security infrastructure. In fact, H0lyGh0st can be called an opportunistic threat group that preys on small businesses with a weak security posture. 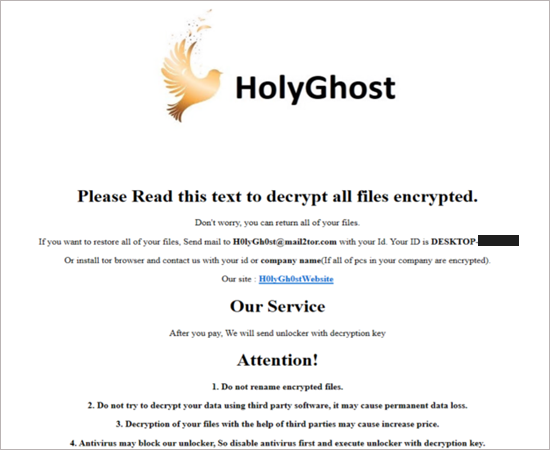 Figure 2: Instructions given by H0lyGh0st on their web page. [1]

After gaining initial access to their victim's network, the threat actors move laterally across the network and exfiltrate sensitive data.  After exfiltration, H0lyGh0st encrypts the victim's data and leaves the instructions for a ransom payment in Figure 2. The ransomware group uses the double extortion method and threatens to release stolen sensitive information on social media or anonymous document-sharing platforms like Pastebin unless ransom is paid.

The threat actor sends a piece of stolen data back to their victim as proof and demands ransom for the decryption key. Demanded ransoms vary from 1.2 to 5 BTC. However, some victims were able to negotiate and make a discount of up to ⅓ of the initial ransom [2].

According to Microsoft Threat Intelligence Center (MSTIC), H0lyGh0st is not following a hundred percent unique and independent approach from other ransomware groups. There are some overlapping points between H0lyGh0st and another North Korean-based APT group, PLUTONIUM.

PLUTONIUM is known as DarkSeoul or Andariel in the wild and is a sub-group under the Lazarus umbrella. PLUTONIUM is infamous for attacking energy and defense industries in many countries like South Korea, the USA, and India. The observed mail communications between PLUTONIUM and H0lyGh0st and the use of similar custom malware controllers indicate an affiliation between the two groups.

The first malware developed by the H0lyGh0st ransomware group was named BTLC_C.exe, and it was first observed back in Jun 2021. BTLC_C.exe is classified under the SiennaPurple malware family and was written in C++.

Shortly after, the threat group switched to the Go language and built new ransomware variants. These new variants, HolyRs.exe, HolyLock.exe, and BLTC.exe, are classified under the SiennaBlue malware family.

Since all these variants use the similar C2 URL and code patterns, ransom notes and instructions, MSTIC attributed these ransomware to H0lyGh0st aka DEV-0530.

Figure 4: Timeline of the Payloads Developed and Used by H0lyGh0st [1]

BTLC_C.exe is the first malware developed by the H0lyGh0st ransomware group. BTLC_C.exe is not a sophisticated malware payload and has few distinguishable features compared to its successors HolyRs.exe, HolyLock.exe, and BLTC.exe.

This malware uses a pretty basic string obfuscation technique: It substructs "0x30" from the hex value of each character in a string. For instance, the hard-coded C2 IP address, 193[.]56[.]29[.]123, of the main_ServerBaseURL: hxxp://193[.]56[.]29[.]123:8888 is encoded as "aic^ef^bi^abc0" [1]. Apart from that, it is seen that IoCs found in decoded malware are highly correlated to other variants in the SiennaBlue family in terms of C2 infrastructure and TTP beacon URL structure access.php?order=AccessRequest&cmn [1].

To gain initial access, new variants of H0lyGh0st ransomware search for vulnerabilities in the public-facing web applications and content management systems of their target. DotCMS RCE (CVE-2022-26352) vulnerability is one of the vulnerabilities exploited by the ransomware group.

After successfully encrypting the victim's files, the ransomware encodes the file names in Base64 and appends the file with the .h0lyenc extension. Then, the ransomware leaves a file called "FOR_DECRYPT.html" that contains contact information.

The latest variant, BLTC.exe, has a hardcoded intranet URL and ServerBaseUrl in the malware. BLTC.exe can be configured to connect to a network share using the default credentials and the intranet URL if the victim device cannot reach the ServerBaseUrl. Unlike its predecessors, BLTC.exe establishes persistence by creating and deleting a scheduled task called lockertask.

After being executed with administrator privileges, the ransomware payload tries to connect to the ServerBaseUrl. If the connection is successful, it downloads a public key to the C2 server in order to encrypt the victim's all files.