Picus Labs analyzed millions of adversary techniques and published the Red Report 2021 and the 10 Most Prevalent MITRE ATT&CK techniques used by adversaries. We are continuing our blog series on the techniques in the Top Ten list.

This is the sixth blog of the series, and we explained the T1027 Obfuscated Files or Information technique of the MITRE ATT&CK framework. In the Red Report 2021, this technique is the sixth most used ATT&CK technique.

Adversaries obfuscate the contents of an executable or file by encrypting, encoding, compressing, or otherwise obscuring them on the system or in transit [1]. This is a common adversary behavior that can be used to bypass defenses across multiple platforms and the network.

What Are the Common Obfuscation Methods?

Adversaries obfuscate malicious files, codes, commands, configurations, and other information to avoid detection by security controls. The most common obfuscation methods are:

Binary padding is adding junk data to the original malware binary to alter the malware’s on-disk representation without affecting its functionality or behavior [2]. Adversaries use binary padding to bypass certain security scanners that ignore files larger than a specified size and avoid hash-based static controls.

Adversary Use of Binary Padding

The binary padding technique's primary goal is to increase the size of the malware binary to exceed the size limits of security tools and bypass them.

Some security tools are not designed or configured to scan large files. Picus Labs examined the current cloud and on-premise antivirus and antimalware tools. We encountered the default maximum file size values of 25 MB, 100 MB, 120 MB, 150 MB, and 200 MB. Files above the maximum file size will not be scanned by antivirus and antimalware tools. Of course, these tools also allow users to change or remove the size limit. 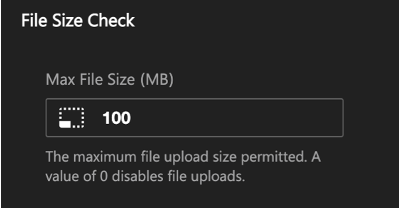 Moreover, the maximum file size that public file scanning services can analyze is also limited. For example, the current file upload limit of VirusTotal is 650 MB.

In general, adversaries develop functions to generate junk data. For example, the Cerber ransomware used a function to concatenate a string (N4mQj8624F9Npw10s61F) 4,782,969 million times (3^14) and save the 95 MB output to a file [3]. Thus, Cerber employed binary padding by adding 95 MB junk data to its 254 KB original payload.

The second goal of binary padding is changing hash values of the malware binary to bypass static antivirus signatures and hash-based blocklists.

Software packing is a method that combines compression and encryption of software to reduce its size and prevent it from reverse-engineering. Adversaries use software packing to conceal malicious software and avoid signature-based detection by changing the file signature [4].

Adversary Use of Software Packing

Packers are utilities that are used for software packing. In most cases, packers can be loosely classified into three categories:

For example, MPRESS and UPX are two examples of compressing packers, which are legitimately used to reduce the file size of executables. However, they are abused by malware developers to avoid signature-based detections. Additionally, packers can significantly slow down manual malware analysis, potentially enabling the malware for a longer dwell time. VMProtect, ASPack, Themida, Exe Packer, and Morphine are some other common packers.

There are some indicators that indicate an executable is packed:

Steganography is a technique for concealing secret data within a non-secret file or message in order to avoid detection. Thus, the secret message's existence is frequently difficult to detect. Steganography can be used to conceal almost any type of digital file within another digital file, including image, video, audio, or text files.

Steganography comes from two Greek words: steganos, which means "covered," and graphia, which means "writing." Steganography is an ancient practice that has been used in many forms to keep conversations hidden for thousands of years.

Adversary Use of Steganography

Adversaries use steganography to prevent the detection of hidden information.

The Compile After Delivery technique involves delivering malicious files to victims as uncompiled code to make files challenging to discover and analyze [11]. Malicious payloads as text-based source code files may bypass protections targeting executables/binaries. Prior to execution, these payloads must be compiled, typically using native utilities such as csc.exe or GCC/MinGW.

Adversary Use of Compile After Delivery

MuddyWater makes use of a program named csc.exe, which is included in the.NET framework and may be used to compile an executable from C# code [12]. The csc.exe is the command-line compiler of Visual C# that is built-in within the .NET framework runtime. This means that an attacker does not have to transfer a compiled executable to the target computer; instead, the attacker can obtain the source code and compile it on the target machine.

The Gamaredon group's .NET executable uses obfuscation techniques such as junk code insertion and string obfuscation. In its body, it contains a base64-encoded source code of a downloader. It decodes the source code and directly compiles it on the system, utilizing the built-in Microsoft. CSharp.CSharpCodeProvider class [13].

The SuperNova webshell used in the SolarWinds breach leveraged the CSharpCodeProvider mechanism for in-memory compilation of .NET assemblies [14].

The Sequre ransomware compiles its source code with csc.exe [15].

If adversaries determine that their malicious tool was detected because of some indicators, they remove these indicators from the tool. Then, they use the updated version that is no longer detected by the target's security controls. This method is categorized as Indicator Removal from Tools in the MITRE ATT&CK framework [16].

Adversary Use of Indicator Removal from Tools

A typical example of this technique is changing the file signatures of a malware file. Suppose that an attacker realized that the malware was detected because of its file signature. Then, the attacker will modify the file to avoid that signature and use this updated version in subsequent attacks. For example, some threat actors use the hashbusting method to obfuscate the malware by subtly changing it on the fly. Thus, each sample has a different checksum.

Adversary Use of HTML Smuggling

A download attribute can also be created using JavaScript instead of HTML:

Adversaries combine the download attribute with JavaScript Blobs (Binary Large Object). HTML documents have the ability to store large binary objects referred to as JavaScript Blobs [21]. A blob is a file-like object of immutable, raw data, and it can be read as text or binary data [22]. Adversaries can use blobs in HTML files to store their malicious payloads. Since the final content may have benign MIME types such as text/plain and/or text/html, web content filters may not identify smuggled malicious files inside of HTML/JS files [21].

A Blob can be constructed locally using pure JavaScript [23], [24]:

This line creates a Blob of MIME type text/plain and fills it with the data contained in variable maliciousData. Then, using URL.creaateObjectURL, we can generate a URL from the Blob object and associate it with an anchor point, and a file name with the download attribute:

As an example, the NOBELIUM threat group effectively implements HTML smuggling [23]. Their EnvyScout tool is a malware dropper used by NOBELIM to de-obfuscate and write a malicious ISO file to disk. EnvyScout carries a payload in the form of an encrypted blob. This payload is decoded by XOR'ing each letter against a single-byte key, resulting in a Base64 payload that is subsequently decoded and written to disk.

Data URLs also enable malware developers to embed small malicious files inline in documents. For example, a base64 encoded malicious payload can be stored in a data URL with the following format:

Since the MIME type of this data URL is text/plain, it may evade some content filters.