Why is This Vulnerability Caused?

According to the Apache HTTP Server Project’s advisory,  CVE-2021-41773 vulnerability was discovered in a change to path normalization in Apache HTTP Server version 2.4.49. Because of this change, a path traversal attack could be used to map URLs to files not in the expected document root by sending specially crafted requests to the Apache webserver. These requests may succeed if files outside the document root are not protected by "require all denied."

Briefly, because of the change in path normalization mechanism of Apache HTTP Server 2.4.49, it does not properly neutralize sequences such as ".." that can resolve to a location outside of that directory.

No. A zero-day (0-day) vulnerability must be unknown to those concerned about its mitigation (including the vendor) or known and a patch has not been developed. A patch was released for this vulnerability on 2021-10-04 with the update 2.4.50. So, CVE-2021-41773 is a known and patched vulnerability, and definitely, it is not a zero-day.

An attacker can use simple malicious HTTP requests to exploit the vulnerability. For example, the following request is sufficient to get the /etc/passwd file:

CWE-24 “../file_dir/” pattern (also known as Double Dot) is an infamous CWE-23 Relative Path Traversal pattern that enables attackers to traverse the file system to access files or directories that are outside of the restricted directory.

It is even possible to exploit this Apache path traversal vulnerability by mixing .%2e/ and “%2e%2e/”  patterns:

Our payloads are not limited to the above ones. Firstly, we don’t have to use the /cgi-bin/ directory for exploitation. We can use another existing directory, such as /icons/:

I saved the best payload for last. The following URL can be used for remote code execution on a system that runs a vulnerable Apache server.

For example, the below Curl request can be used to run the “id” command:

CVE-2021-41773 allows unauthenticated attackers to execute arbitrary code and disclose sensitive information on vulnerable systems. Since the CVE-2021-41773 vulnerability can be exploited remotely and doesn’t require an admin or privileged account, its severity is critical.

What is the Current Situation?

As also stated by Apache, attackers exploit this vulnerability in the wild. According to Shodan, there are more than 100.000 vulnerable Apache 2.4.49 web servers as of today. 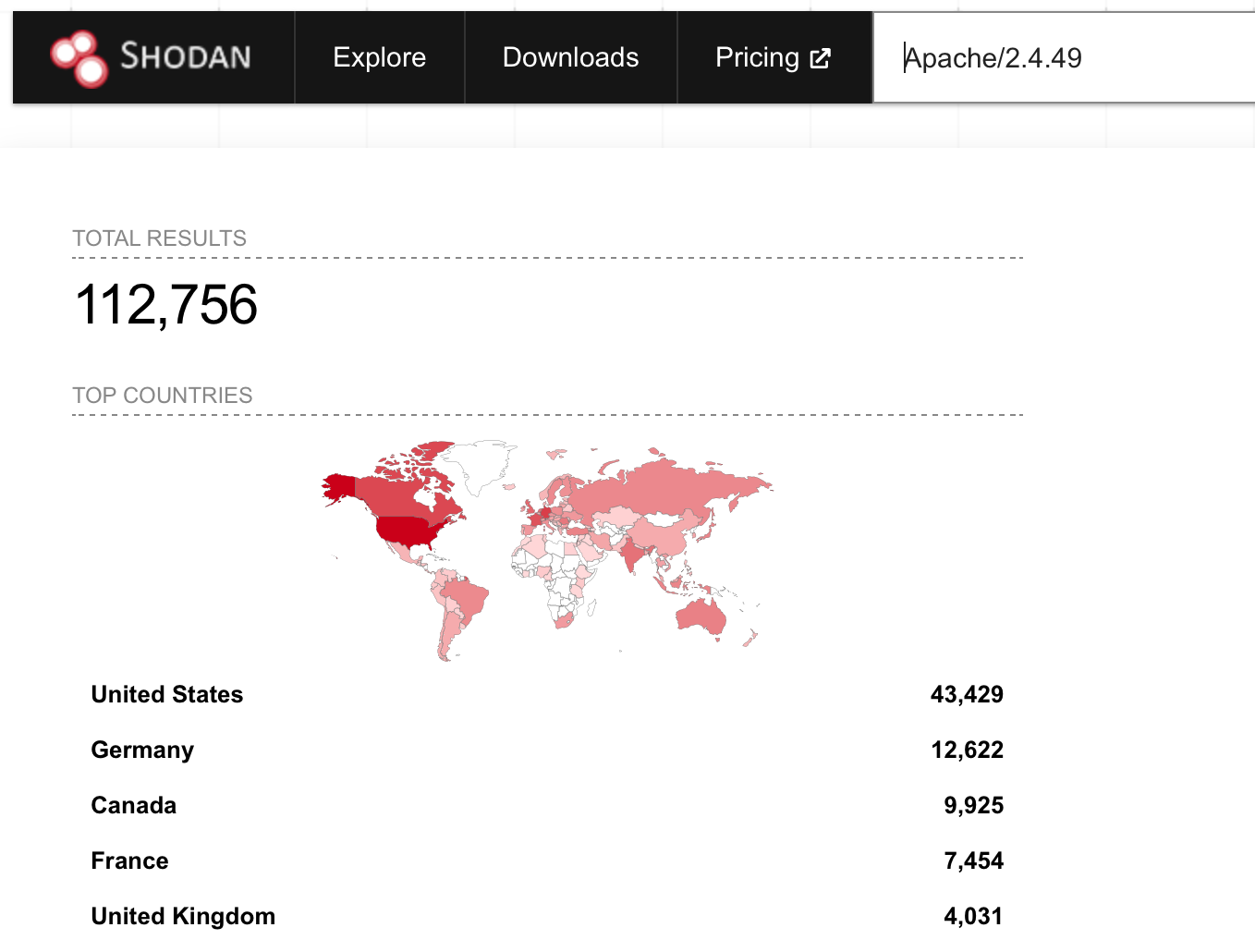 Currently, we confirmed that the following prevention signatures can be used to protect against CVE-2021-41773  exploits. We will update the list when Picus Labs validate the signatures of other vendors/products.